The Braves honored their four 2018 All-Stars in a pre-game ceremony at SunTrust Park before the game with Toronto last week.  Freddie Freeman, Nick Markakis, Ozzie Albies, and Mike Foltynewicz will show their stuff at the All-Star Game in Washington, DC, on Tuesday, July 17.  It was the first time the Braves had four All-Stars selected since 2012.  Way to go, guys!  Lead the National League to victory! 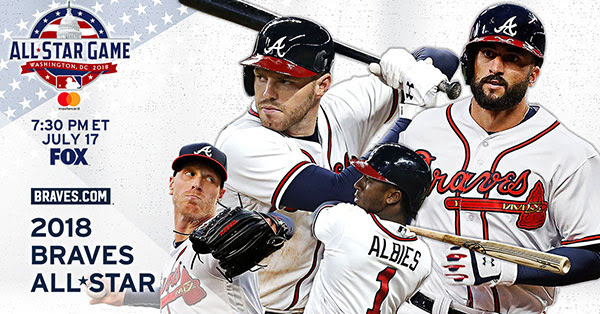