Toni Stone at the Alliance Theatre

Most baseball fans have never heard of Toni Stone, but she was the first woman baseball player to go pro in the Negro Leagues, and the first woman ever to play professionally in a men’s baseball league. It is a remarkable story. 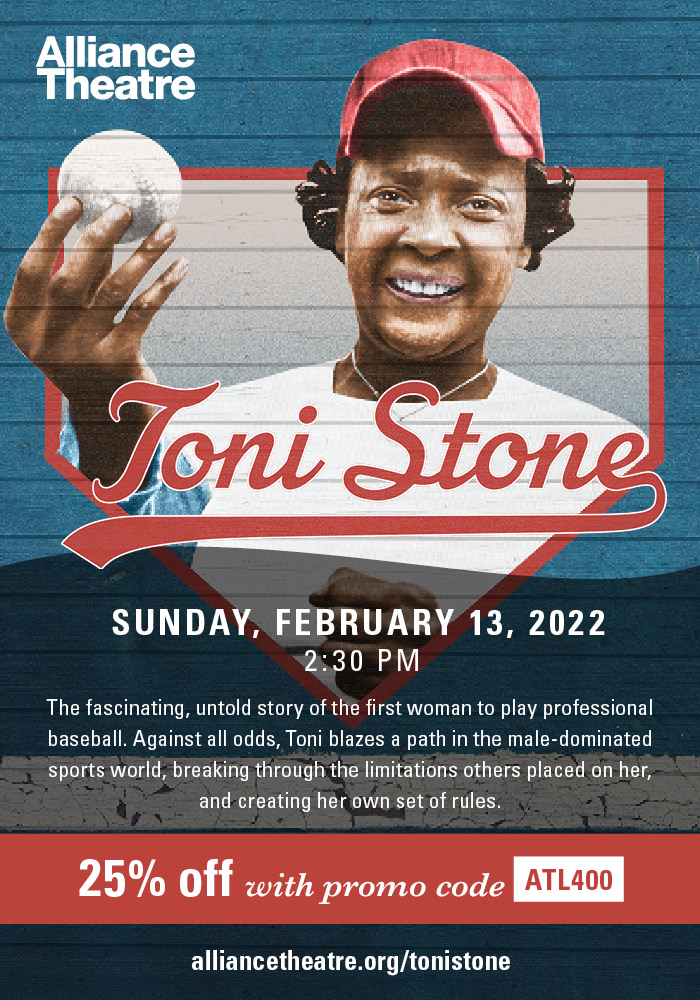 Join the 400 Fan Club at the Alliance Theatre, winner of the 2007 Tony Award for Best Regional Theatre in the United States, on Sunday, February 13, 2022, at 2:30 PM. The Alliance Theatre has given us a 25% off promo code for our group so you can go ahead and book your seats now. After the performance the Alliance Theatre will host a post-play discussion for us and we will be able to reseat ourselves as a group for the talkback and for a group photo.

There is even an Atlanta Braves connection of sorts to this show. Hank Aaron signed with the Indianapolis Clowns in 1952 as a shortstop, where he played until he was acquired by the Boston Braves. Toni Stone was then acquired by the Indianapolis Clowns in 1953 to replace Hank, the same year that the Boston Braves moved to Milwaukee where they remained until coming to Atlanta. And guess what? The Alliance Theatre’s production of Toni Stone is a co-production between the Alliance and Milwaukee Rep, Wisconsin’s flagship theatre. This show will be great!

To buy your tickets, go to the Alliance Theatre website: www.alliancetheatre.org

We hope you can join us to learn the true story of a trailblazing woman who played for the Indianapolis Clowns in 1953 and ‘54.